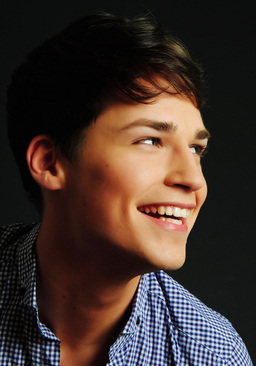 ‘Coming out’ is an interesting turn of phrase, yet it does sum up the emotions I went through. However, that’s the thing; it is such a personal process. What may be ‘one day’ to some was in fact many years for me. Being brutally honest, there are still times when I venture back in ‘the closet’, despite considering myself to be ‘fully out’.

Whilst friends find it hard to believe that not everyone around me knows I’m gay, older members of my family are still not aware of my sexuality. For all I know they may have guessed or been told by other family members. But in terms of how I act and what I say around them, I am a heterosexual 20year old boy who is not concentrating on getting a girlfriend whilst he finishes his degree. With these particular individuals I feel no need to ‘come out’, however, if circumstances change then who knows what information I will divulge.

Realising I was gay as I reached puberty at 13, it was not long before I told a close friend. Fortunately, I never had a huge issue with being gay myself. In fact, when I realised my sexuality, it answered a lot of questions. So over MSN I told her what everyone else in my school had already guessed. I don’t remember the conversation, or really feeling anything inside. Whether that was because I still was not 100% sure myself and using instant messaging was not a very formal platform to discuss the subject, I do not know. All I remember is telling her the next day that I wasn’t joking and her shrugging, “Yeah, I know you weren’t”.
When I was ‘in the closet’ I didn’t realise I was hiding away. Having known nothing else, you automatically vet what you say and who you fancy that month. I wasn’t great at being ‘in the closet’ at the best of times, but the confidence it gave me helped all other aspects of my life. Next step - parents!

This was the difficult one for me. I lie...this took the longest. Mum’s sister (my aunt) is a lesbian and accepted, so I would have been shocked if her reaction was a negative one. However, my Father is very religious and I had no idea how he would take the news. During Sixth Form I never lied to my parents. When they asked about kids, girlfriends, marriage etc., I was always honest. “I’m not thinking about girls right now”, “I don’t think I want to keep that for my children” and so on. I suppose it was my little protest to them assuming I was straight. But realistically, these were very rare topics of conversation. I don’t have that sort of relationship with my parents and so it was easy to avoid the topic altogether.

So on the first night of University, I’m in a taxi to our first night out with new friends, bawling my eyes out as I receive the following texts:

I do not want to tell anyone to come out, or how they should go about it, and definitely not when they should do it. It is far too personal for someone like me to comment. However, I am grateful that the decisions I made lead to me being happier. My one bit of ‘advice’ is trust the people you are telling. Know that they have your best interests at heart to allow you to take it one step at a time. Talk to them and get them to understand your story. “I hadn’t thought of it like that” is my most common response. And it’s that little thought that will go a long way...