There’s no ‘13 Best Places To Come Out To Your Mom’ article on Buzzfeed. I did it in the cemetery, next to my Dad’s tombstone, because I wanted to tell him too. My brother told me by email. James broadcast it on MySpace. Eric told me before a night out. I’ve realised the obvious: the best place to come out to someone is the one you choose. To the friends I told off for coming out ‘in the wrong way’, I am sorry. I was insensitive and petty. I know you thought about how to say it. 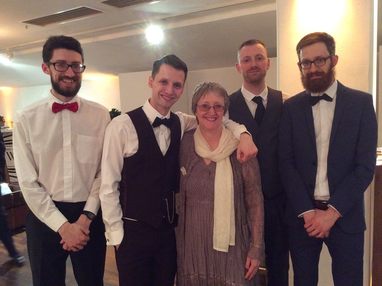 ​My friend Zac doesn’t say much. When I came out to him, he just giggled. But that’s Zac, with his standard ‘I don’t know what to say so I’ll just laugh’ response. Later that day, he apologised for laughing in my face, even though he couldn’t help it.

​When your friend is hard of hearing at the best of times, don’t tell him in a crowded chicken shop at the end of a night out.

​Some guys translate ‘I’m gay’ to mean ‘I fancy every straight guy, especially you and I will turn you gay so we can be boyfriends’. Their blunt, defensive reaction struck me as homophobic and self-conceited. How do I challenge that? By being open and firm in my identity.
​ 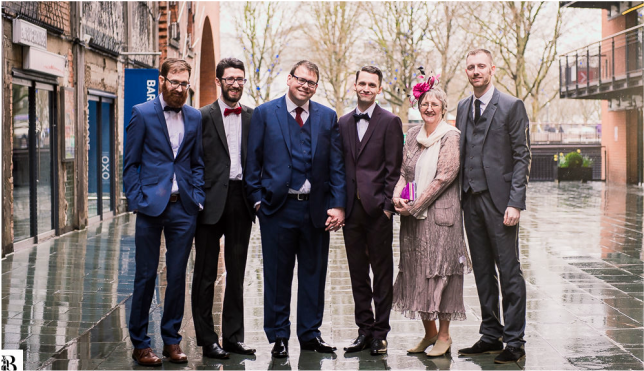 Ed, myself, Mark (my brother-in-law), Will, Mum and George. Photo credit Alex Beckett,www.alexbeckett.co.uk

Most people didn’t care I was gay and some friends didn’t care about me telling them either. It took me five years to be sure and comfortable saying ‘I’m gay’. It was a big milestone that I wanted endorsement and encouragement for. My sexuality is not important. Telling you who I am is.
​

​I was in Wetherspoons with a trainee vicar, having a quick curry. I didn’t want all the answers on faith and sexuality. I didn’t want him to tell me same-sex relationships are OK if he didn't believe it. But I didn’t expect the immense diversity of our national church to be brushed aside in a single sentence.
​

I bumped into Josh at West Ham station and wanted to tell him instantly, by which time he was on the opposite platform, so I BBM’d him, and then lost my signal on the Jubilee Line.

Telling people by text or Facebook chat is a torturous way to do it. You sacrifice control, as your message hangs around in cyberspace, begging to be read. Then you don’t know who else might read it or if they really mean what they text back. And sometimes the reply never came.

The silence is deafening and makes you retreat from telling other people. Say something.
​
HTML Comment Box is loading comments...