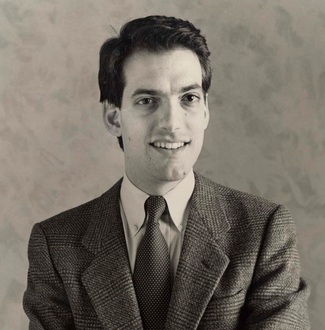 The Stonewall Riots happened the year before I left home and entered a boarding school in New England.  Of course, I knew nothing of that. The very idea of homosexuality had occurred to me only in guilty snatches as a pre-teen, furtively reading the chapters on “Sexual Inversion in Men” in my parents’ set of Havelock Ellis’s massive tomes on human sexuality (1897!). Most of my knowledge of what I suspected I might be consisted of the notions that somehow I should have trouble whistling (I don’t) and my favorite color was to be blue (it’s green).  Oh, yeah – I was supposed to like men. Well, that worked.

Boarding school in America was not like the English model. No hazing, no fagging, no buggering. I was sheltered in my school, protected by the teachers and my dorm master. The fact that there were 800 boys and 40 girls helped shield me from social pressures to date – or even show interest – in the few girls available. And yet some of my best friends were girls.  The other ones were all boys who, as it turned out, were gay. But none of us knew that until long after we’d gone off to university. I had an epiphany at sixteen, in my solitary dormitory room at school.  I was feeling overwhelmed: at thirteen my younger brother had died suddenly and violently; at sixteen, I had lost my older sister to leukemia.  I could not fathom why God would punish my parents by giving them a queer child when they had lost two already. Even though I now am an active church-goer (liberal, Episcopalian), I have never thought that God spoke to me, except in that moment of desperation.  And the words were few and simple:  Be happy. Live a good life.

"I know it sounds crazy, but with those words, which seemed to have been spoken softly in my ear, all of my guilt fell away.  It didn’t make the process of coming out any quicker, but it eliminated the worst hurdle.  In that moment I knew that the way I’d been made was fine – I just had to find my way to make it so."

I wisely chose a large, urban Ivy-League university, somehow knowing that it would be better to be able to camouflage myself in a large student body on a large campus. My vague hopes of being just an ordinary college kid were dashed my very first day there in 1973.  A close prep-school friend (still one of my best friends today, 40 years later) popped his head in the window of my new dorm room to say ‘hi.’  As he moved away to enter the dormitory, one of my brand new roommates asked me “who’s the fag?”  Sigh. I decided then and there that I would have no social life, but would dedicate myself to my studies. I just buried the idea of coming out.

"The moment I walked into that room, and that small group of eyes turned
to look at the new arrival, I felt somehow that I’d moved through the
looking glass and into the world I was meant to inhabit."

As it happened, the topic of their meeting that night was this angst-filled anonymous letter that had appeared that day in the university paper.  I’ve always had good timing. The young man who was leading the meeting that evening had long dark hair, a great smile, and dazzling blue eyes.  We chatted a bit. Turns out he had graduated the previous June and was working at the university’s computer center (this was the era of mainframes – no PC’s for a long time).  His name was Gary, and he rather shyly asked me out.   That Friday evening he took me to a concert on campus (classical, not rock), and then took me back to his place; a house off-campus he shared with a group of other gay guys.   He had a water bed.
Of course, the story doesn’t end there.  There was graduate school, where I was notorious for being the first openly gay student with his partner in tow (we used the term “lover” back then). And my first job at a museum – where I am still, after 32 years – was the same story. Gary came with me and was present by my side.  I didn’t come out: I was out.  Even all these years later, coming out is something I do in little ways every day of my professional life. I have given myself no choice.  We had to come out repeatedly to all sorts of people in the process of adopting our two children, which happened (after four long years) in 1996.  We finally had a civil union in 2007, presided over by a local judge who was a friend.  But that anniversary barely matters. The one that counts was the New Year ’s Eve in 1975 when Gary looked at me and told me he loved me.

"And this year we’ll celebrate our 37th anniversary.
With our teenaged children."

We all have different stories.  I have been lucky – I have been blessed. I never lose sight of that. I am part of the first post-Stonewall generation of gay people, and it awes me to see new generations coming out and making their way in the world.

You are our legacy. We will support you.