When people think of gay, lesbian and bisexual people in sport (we shall tackle the Transgender population later on), it's easy to think of the lack of role models in football. Football is the one sport in our world that instantly resonates with the classic mid-1970s stereotype. The most "blokey" of "bloke" sports, where men are men and tackles are rough and full on...well...they used to be! It’s the one sport where abuse is taken as part of the game instead of a blight on it, and that leaves the sport and its participants open to verbal assault. As anyone who has faced the fear of coming out will tell you, it’s the fear of abuse that stops you from doing it at all, and football has buckets full of it. You only have to walk into the AMEX Stadium in Brighton to experience what some bigoted football fans can chant. Who is to blame? The Football Association have been accused of doing little to tackle the problem. Sure, the 'Football vs Homophobia' program has good intentions and has made some progress in highlighting the issues, but talking to fellow football fans, many of them don't even know such an initiative exists. Where are the actions? I'm not entirely convinced there are many, if any at all. 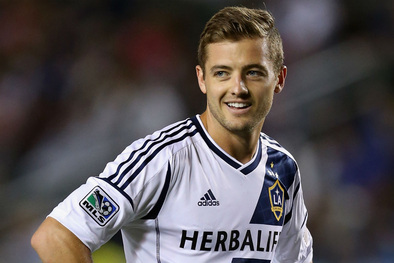 Robbie Rogers was the first professional footballer to come out in February 2013
When Robbie Rogers came out, it was huge news in the world of football. Many claimed it was refreshing to see an act of bravery like his. After all, he was opening up to an unknown world. The last footballer to come out was Justin Fashanu, who tragically committed suicide in 1998. That wasn't so long ago, and no one had come out since. How could Robbie Rogers know what was waiting for him? A lot of people, still living in the bygone age of 1970s culture merely mocked. But a lot of people said, "Why is this an issue?"

As someone who grew up playing football or watching at every opportunity (from 7 years old I was thrust into competitive competition and have been for 15 years), I was left to hear the typical abuse for myself. I used to go to a lot of local games with my Dad and all around me were homophobic slurs and taunts.

It still goes on today. That is why, when any player comes out, a big thing is made of it. That is why it is so difficult for a gay player to out themselves. For someone who hasn't faced that fear of the reaction, it is hard to appreciate how difficult it is for someone in the limelight. Imagine playing in a stadium of 50,000 people and the things they would say if you made a mistake... It’s enough to reduce even the most hard-nosed man to tears.

Once again, we go back to the fear of people's reactions and the generic football fan. Any sign of a mistake and those fans will turn to figures of hatred. Football will always be that bear pit of adrenaline and hunger. In my opinion, until society completely accepts that gays play football, and indeed sport, we won't be hearing of many athletes coming out. And that is a huge, huge shame for the sport and for society in general.

But looking further a field, why are there so few LGBT sportspeople at all? I can't list a lot of openly out sportsmen and women, but it has been suggested that 1 in 10 people on our planet are LGBT. Thinking about the number of people who play professional sport worldwide, a matter of tens out of potentially thousands isn't proportionate whatsoever. So what is the problem? The problem is the stigma coming from two very different and equally damaging stereotypes. The myths of masculinity and false femininity. The ridiculous notion that every man should be strong, aggressive and agile whilst every woman should be dainty, glitzy and more concerned with their new shoes. The stereotype that gay men are suited to dancing, sequins and high squeaky voices, means that a gay man in an athletic arena creates a stereotypical sporting paradox. It's almost as if a man coming out as gay makes people question their sporting ability. It’s a dangerous precedent that has a long way to go before it is eliminated. 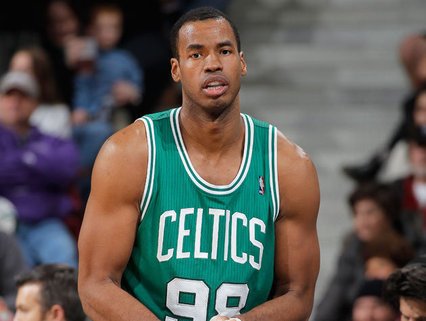 No one can question the 'masculinity' of NBA's Jason Collins. He is a giant of a man!
While many gay sportsmen feel the need to stay closeted, the female sporting population almost have the opposite problem. Stereotype suggests that a sport-playing woman makes her a lesbian. Any sound-thinking, open-minded person will know this is complete rubbish, but once again the machoism that sport projects is still enough, even in this accepting age, to convince people to think the inconceivable. That every female sportswoman is gay. Although a female coming out is no less scary for the individual, the reaction of a sporting general public doesn't quite match the shock and surprise of their male counterparts, which is surprising, but in the larger scheme of things, welcome.

There is a connecting theme here and that is attitude and education. Despite huge leaps and bounds in the past decade or two in regards to LGBT rights, there are still too many people out there who consider LGBT people to be either ill or abhorrent. Society is the problem, and sport is such a huge part of that society, that the two will clash. The only way that attitudes in sport will improve is the improvement of society itself, and the only way to do that is educate it. Just like with all LGBT issues, education is the only way that homophobia can be stamped out in sport. 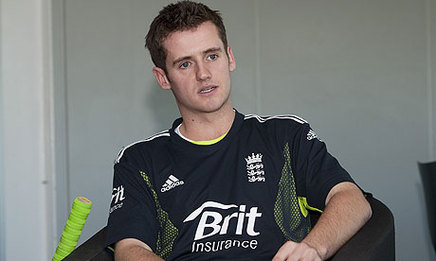 Steven Davies was the first present-day cricketer to come out
One of the main ways for people to see that LGBT people are in sport is for more people involved in all parts of sport in general to be brave enough to step out. Prove to the general public that gays can play sport, and be bloody good at it at that. I always wondered if I had continued my own personal development in the football world where I'd be now and whether I'd be in a position to be that person. It sounds big-headed, (I'm quite modest, honestly!), but there was a stage where I could have been that person, and I think I'd have been proud to do so. Coming out in the amateur world of sport was hugely rewarding, and many others looked up to my example. If more prominent footballers were to follow the examples shown by the likes of Robbie Rogers, Thomas Hitzlsperger and Anton Hysen, we'd be well on the way to equality in football. Football being one of, if not THE most popular sport in the world, could lead the way for other sports to follow suit. Despite it being incredibly tough, I do genuinely think LGBT footballers and indeed sportspeople from across the spectrum have some sort of responsibility to show the people out there who might be struggling that it is indeed okay to be gay. 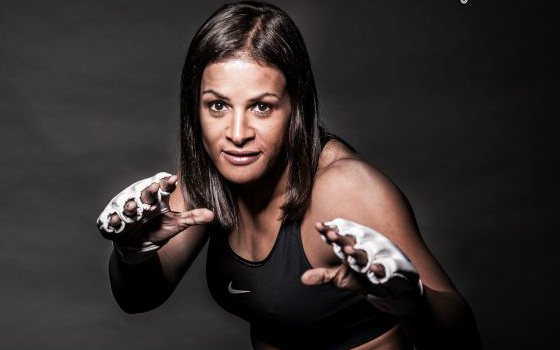 MMA Fighter Fallon Fox is one of the few transgender sportspeople in the world
The issue of the transgender population in competition however, is a whole new kettle of fish. Of course, equality is paramount, and there have been examples of equality winning in the face of adversity. Renée Richards (a former professional tennis player), was granted permission to compete as a woman in the 1970's for example. But there has always been an argument that genetics can provide someone with an unfair advantage. For example, a man who has changed to a woman may still have the same physiological components of a male, making them stronger. 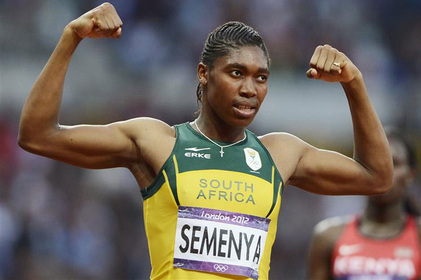 Caster Semenya, who won gold in the 800m at the World Championships in 2009, and also a silver medal
at London 2012 was subject to gender testing after her win
The most well-known case of gender stereotyping came in 2009, when Caster Semenya of South Africa was subject to gender testing after her win in the 800m World Championships. People claimed that just she 'looked and ran like a male' and therefore she must be one. Thankfully her sporting achievements stood but the issue, among other examples, would be better dealt with in private. LGBT people ultimately have the choice whether they want to come out, but imagine if Semenya was a man? Taking away the inevitable allegations of cheating, she would have been outed as transgender against her wishes, and that is wrong. No one should ever be outed against their will. This particular claim was a very dangerous claim to make, and these issues need to be handled with care and privacy.

The world needs to be educated that whatever sexual orientation a person happens to be, it makes no difference to their sporting ability. Sure, someone hiding their sexual preference may perform less well as a result, but that's merely because of fear. The sporting world may well be losing out on witnessing greatness because someone's potential is being scuppered by the fear of an LGBT stigma that is still rife in sport today.

And that is a sad state of affairs.