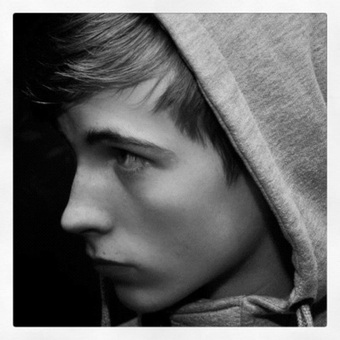 Hi, I've been reading a lot of the stories on this website & thought I'd give mine.

I'm 17 now, but at the time of coming out I'd say I was about 15 or 16 and it was a really tough time. It all started off when I was at school and I started to have feelings towards my best friend. I thought nothing of it because I didn't know what it was. Anyway, weeks passed & these feelings were still there, but I still didn't know what to do or anything. So, confused, I told my best friend that I was gay. He was completely fine with that, but I also told him that I had feelings for him, this he wasn't so pleased about.

Looking back I think the only reason I told him I had these feelings is because I wanted him to reciprocate them. He didn't, however. So of course, I asked him not to tell anybody and fair play to him, he didn't. We did start to drift apart though at this point.

There was also another friend who I'd thought was good looking and I had feelings for. I told him exactly what I told my best friend and also asked him to keep it to himself and he did, for a short while.
We had an argument about something really stupid and didn't really involve either of us but this lead to him telling pretty much everyone in our friendship group about me, and I really wasn't ready for this. At this point, I was not even convinced I was completely gay, I was pretty sure that it was just a phase and that eventually, these feelings would go away. I kept telling myself this, simply because I was in denial and I was scared of what people would think of me. It's safe to say that this was the turning point in my life. Every day from then on at college was an actual nightmare. People were looking and staring and I wasn't good under this pressure, under the spotlight of the entire school. I had lost every single bit of confidence I had and completely distanced myself from absolutely everyone.
HTML Comment Box is loading comments...
. . . Click here to return to June's stories . . .