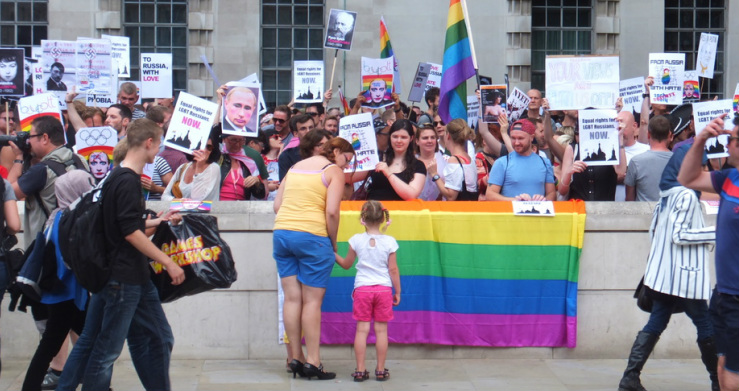 On Saturday afternoon (10th August 2013) hundreds of people gathered in Whitehall, just minutes from Downing Street, to show their support for Russia's gay, lesbian, bi and trans people who have become subject to their country's new 'anti-homosexual propaganda' laws. In this Facebook and Twitter age (it almost seems impossible now to imagine how demonstrations like this were ever organised pre-social media) it was no surprise to see that people from all around the country had travelled to London to show their solidarity with people who they will probably never meet. There were many different opinions being voiced about what the next steps should be and indeed who should make them, but what everyone present shared was a desire to send their love and support to those who really need it right now in Russia. For three hours on a sunny afternoon in central London, Russia may still have been 1,555 miles away - however, its LGBT population was well and truly in the hearts and minds of every single person who had gathered in Whitehall.

Photo gallery . . . click a picture to see the full image 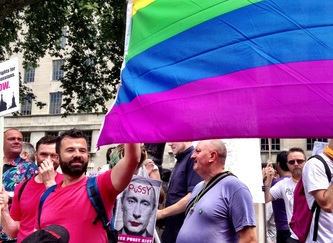 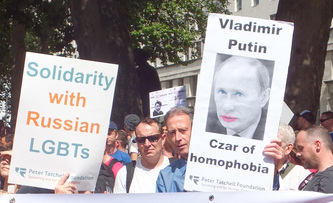 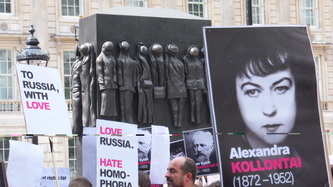 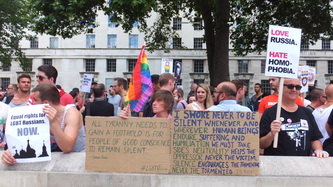 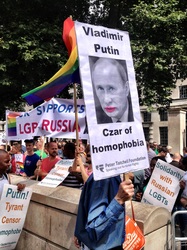 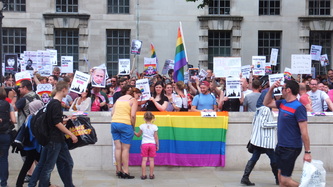 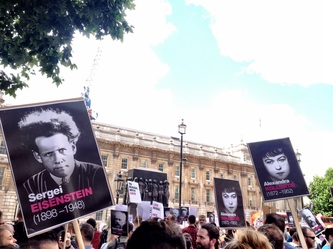 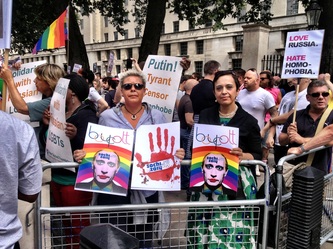 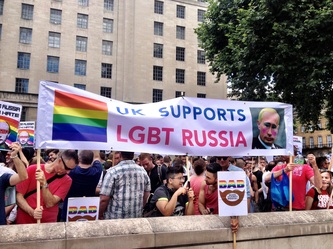 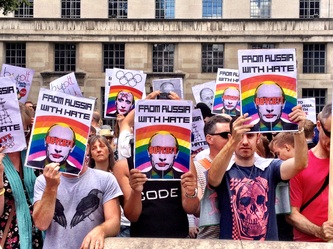 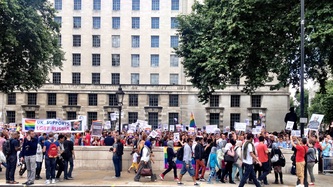 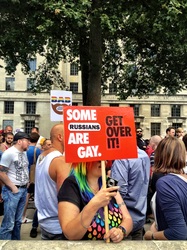 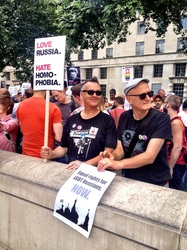 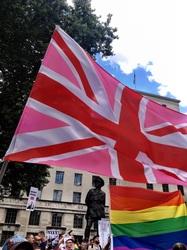 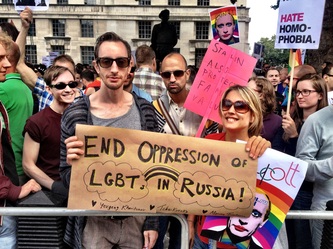 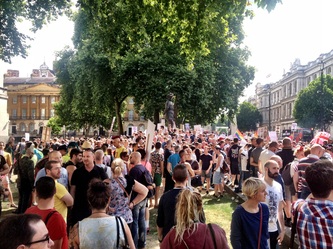 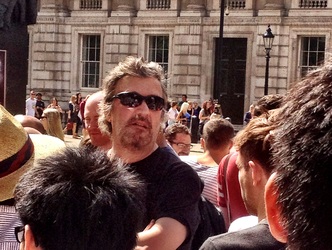 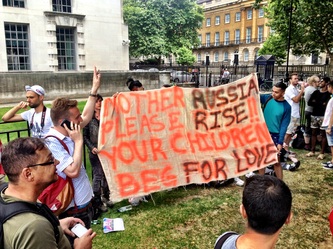 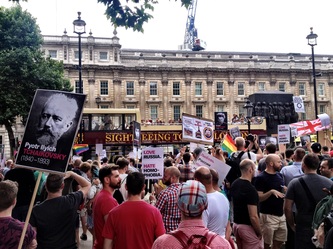 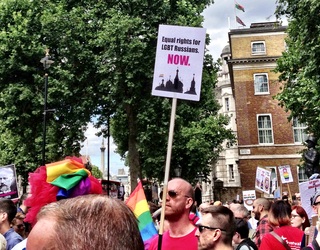 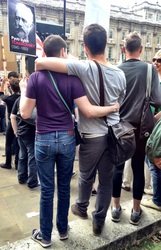 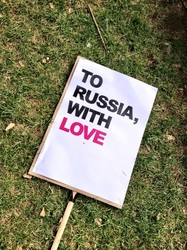 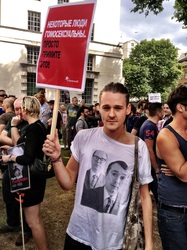