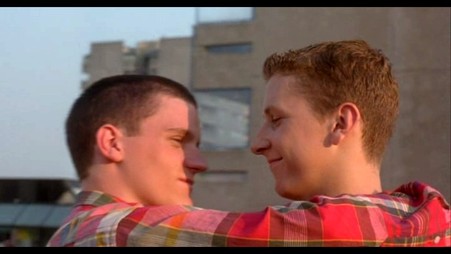 Widely considered to be up there with the best coming out films ever made, Beautiful Thing was originally written in 1993 as a stage play by Jonathan Harvey (Gimme Gimme Gimme, Beautiful People, Coronation Street). The story of Jamie and Ste's changing relationship is set against a backdrop of a South East London council estate. Funny, gritty, moving and in parts almost dream-like, Beautiful Thing seems as relevant today as it did when it was released in 1996.

It's true that much has changed in the 16 years since this film was released but watching some of the scenes exploring the boys' fear of coming out today, makes you realise that in some respects, unfortunately, things are exactly the same.
Writer Jonathan Harvey has spoken about what inspired him to write the original stage version of this amazing Coming Out film:

"I wrote night and day, lying on my bed, typed my fingers to stubs, and sent the play off to three agents I picked at random from a book called The Writers And Artist’s Yearbook.

By the end of the school holiday one of the agents wrote back to me. He asked me in for a meeting. He said he loved the play and loved my writing. That agent was Alan Radcliffe. I stayed with him for years, til he gave up agenting as his son had been cast as Harry Potter in a film (Daniel Radcliffe. Whatever happened to HIM?) and he wanted to chaperone him.

In early 1992 I’d heard the writer Sue Townsend speak about her career. I’d loved her Adrian Mole books, and her plays, and was quite taken aback when she said, despite writing comedy, she felt she always wrote best when writing from a sense of anger or outrage. As I lay on my bed, wondering what to write about, I thought about what angered or outraged me.

Back then the world for gay people was a very different place. There were no ‘out’ gay TV presenters, not many gay characters on TV, visibility was pretty crap really. And the age of consent for gay men was 21, whereas it was 16 for heterosexuals. This angered me. It outraged me, even. And when I heard the subject being debated in the House of Lords, they kept going on about ‘buggery’ and ‘sodomy’. Was that really what being gay was all about? Not in my experience it wasn’t. It was about emotions, falling in love, being afraid to be different, being brave.

So, angered and outraged, I decided to write a story about two boys under 16 who fell in love. Simple as that. There was no gay equivalent of something like Beverly Hills 90210, where the geeky girl might get taken to the prom by the totally hot captain of the soccer team. So I decided to write it. A play where these two boys could find they had feelings for each other, act on them, and then for their truth to be discovered and actually, do you know what? It was okay. I also thought if I made it funny, more people might like it, and therefore more people might come and see it.

Beautiful Thing was first produced in the summer of 1993 at the Bush Theatre. A heavenly production that went above and beyond any expectations I had of the play. It then took on a life of its own. A tour, a West End run. Other theatres wanted to commission me on the back of it. Film Four asked me to make it into a movie. In the space of a few years I went from being a comprehensive school teacher to having two plays in the West End at the same time. It was mad. I probably went mad. Some might say I still am, but that’s another story.

I never ever thought, when lying on my bed in the summer of 1992, that it would become the oft performed piece that it is today. I was amazed it had that one production. I have no idea why people connect so well to it, I’m too close to it, it has meant so much in my life. Watching it now I watch like a proud parent, proud of the twenty four year old who lay on his bed, angered by legislation and creating a piece of 'art' out of it." 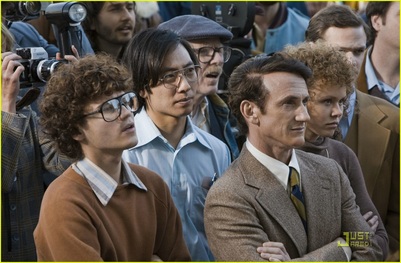 There is a scene in Milk where gay activist and political campaigner Harvey Milk (an Oscar winning performance by Sean Penn) tries to convince his friends and supporters that in order for the gay rights movement to really make a difference they must all come out to their families and work colleagues. Only then will the wider society see homosexuals as everyday people, neighbours and friends and not monsters or sexual deviants. Milk is a bitter-sweet biography of a man with a vision of the future; a future where minorities are treated on their actions and achievements rather than their sexual preferences or skin colour.

A hugely important film about a hugely important gay figure. Everyone, whether gay, straight or bi should take 128 minutes out of their lives to watch this inspiring and heartbreaking film. 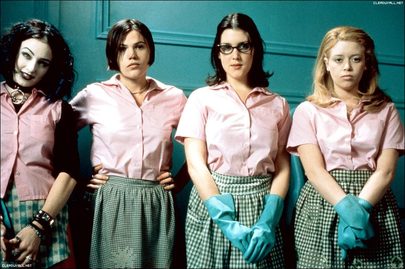 Probably as far from Milk as you can get! But I'm A Cheerleader is a relatively low budget comedy/drama that pretty much slipped under the radar on it's release in 1999 (it only opened in four screens in the US). A somewhat light-hearted look at homosexuality and conversion therapy, the film centres around Megan (played by Natasha Lyonne) and her struggles coming to terms with her sexuality after being sent away to a gay rehab camp. Not as groundbreaking as some other gay interest films but the charm of ...Cheerleader is undeniable. A great supporting cast and soundtrack all add to the rewatchable-ness of the film; definitely one for the DVD collection!

The film also gives viewers a chance to see a rare 'out of drag' performance by RuPaul. 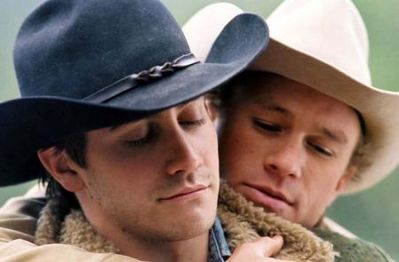 Widely referred to as 'the gay cowboy' film, this multi Oscar-winning film tells the story of the doomed relationship between Ennis (the late Heath Ledger) and Jack (Jake Gyllenhall). The dialogue is often purposefully awkward and so it's left to the knowing glances and stirring soundtrack to move the viewer. Many have argued that neither character is gay at all, possibly not even bisexual, but two men who happened to fall in love. I'm not too sure about that theory! A Romeo and Juliet tale for our age, Brokeback Mountain falls into the 'coming out film' category by the fact that this was simply not an option for either character in the towns and time when the film was set.

The film manages to strike a chord despite, or maybe inspite, of not being set against any gay activism or political backdrop. A simple story with truly heartbreaking moments. 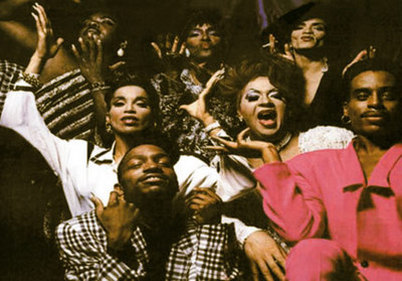 On the surface, a documentary about drag Queens, voguing and underground catwalk Balls doesn't sound like a cinematic masterpiece, but think again; Paris is Burning has more layers than a GAP model in their Winter catalogue. Filmed over seven years in the mid to late 1980s and released in 1990, this documentary is a fascinating glimpse into an underground New York world and the African American, Latino, gay and transgender communities that survive there. With that much lip gloss and hairspray, Paris is Burning obviously has its camp, charming moments but by the end of the film (and for days afterwards) those aren't the moments that will remain with you.


Not strictly a 'coming out' film I guess, but an important piece of cinema which will no doubt be both admired and adored in decades to come.
HTML Comment Box is loading comments...